During the last century, Sri Lanka's rainforests have been reduced to just 5% of their former size. Yet, the remaining rainforests are home to most of the country's endemic species. Of Sri Lanka's 26 endemic birds, 20 are rainforest species. Beautiful birds such as the Sri Lanka Blue Magpie and Red-faced Malkoha are only found in the rainforests of Sri Lanka and nowhere else on Earth. 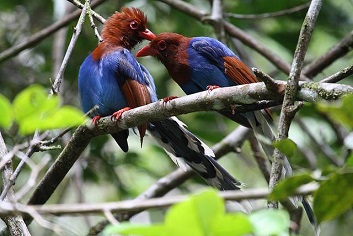 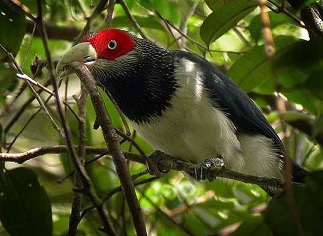 Rainforests play a significant role as catchment areas. Most major rivers in Sri Lanka such as Gin, Kalu, Nilwala river originate from the rainforests. The tall canopy and deep strong roots of native rainforest trees also help prevent landslides, especially those that have affected the hill country. As the climate crisis intesifies, severe weather patterns such as frequent droughts and regular floods are exepected. Conservation of rainforests in the catchment areas is one step towards mitigating the effects of climate change.

In addition to ecological services, rainforests also provide economical and recreational value. Hundreds of streams, beautiful waterfalls and colourful birds make rainforests a photographer's dream or the perfect gateaway from the noisy polluted cities. Many companies operating in the sectors of "Eco" hotel and "Adventure" tourism benefit directly from rainforests as well as villagers engaged in sustainable harvest of rainforest resources. 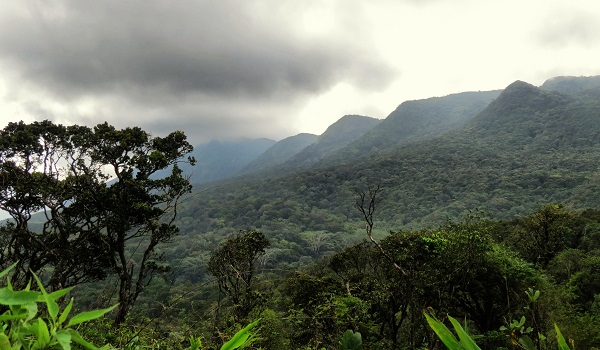 Today, rainforests continue to be fragmented and cut-down due to increasing human activity in surrounding areas. Encroachment and deforestation for tea & rubber plantations inside rainforest habitat due to lack of buffer-zones is currently one of the major issues. The cleared areas give easy access for poachers to setup traps and kill wildlife for the illegal bush meat trade. Extremely rare endangered animals such as the Sri Lanka Black Leopard which only live in the rainforest, were found poached in the boundaries of Sinharaja recently.

Many buffer-zone rainforest lands are still privately owned. Increasingly these lands are being sold and forests cut down for monoculture plantations.

When rainforests rich in bio-diversity are felled for mono-culture tea and rubber plantations, the eco-system immediately collapses. The ground dwelling reptiles and mammals quickly lose their habitat and get trapped by poachers. The birds and butterflies lose important food sources, roosting and nesting sites. Freshwater fish and crabs die off as water streams dry up and get polluted by chemical runoff. Before long, these endangered species are lost forever.

The headwaters of our major rivers originate from the Rainforests. As rainforests are cleared and streams run dry, the rivers and waterfalls carry less freshwater downstream. With less freshwater originating from catchment areas coupled with longer droughts resulting from climate change, Sri Lanka will face severe catastrophic conditions in the near future unless action is taken now.

In hilly areas, rainforests play a major role in prevention of landslides. When barren land is exposed to flash floods, the result is landslides, which unfortunately affect many of the poor families living in the hill country.

Deforestation of Rainforests also has a direct negative impact to the economy. The growing eco-tourism industry ranging from eco-lodges, nature tours including bird-watching, adventure tours such as hiking, mountain-biking and white-water rafting directly benefit from rainforests. Therefore, deforestation affects the tourism industry, economy and surrounding communities.

Burning down rainforests for agriculture and settlements is directly fueling the Climate crisis. The Earth has already warmed about 1.1 degrees Celcius since the 19th century. It is leading to rising sea levels and severe weather patterns including frequent droughts and floods. The UN Climate Report notes that ice sheets in Greenland and West Antarctica will likely continue to melt through the end of the century due to damage already done to the environment. Global sea levels will rise somewhat for the next 2,000 years.